I got this list from a post at The Free Copts (link) it was compiled by Paul Marshall, a Senior Fellow with Freedom House’s Center for Religious Freedom. And this is only since 2003.

• August 19, 2003, the Governor of Red Sea Province ordered Central Security Guards units to remove a fence around St. Antonious Coptic Monastery, perhaps the oldest in the world. The wall had been built to protect the monks from Islamic extremists after a previous attack on another Christian monastery and the murder of some monks. Several dozen members of the Security Forces and paramilitary police were involved, using 11 bulldozers and over 20 trucks.

• September 19, 2003, Central Security Forces in Assiut surrounded the historic St. George’s Church during morning service, stopped people entering and ordered them to leave. Some Coptic groups say that some Guards threw the sacrament on the ground and stepped on it, and several deacons were arrested. (The reasons for the action are not yet clear. Copts in the area say that it is because local government authorities wish to convert the church to a mosque or a museum).

• September 27, 2003, 19 year-old Ingy Nagy Edwar, from Giza, disappeared. When the family complained to the police, they were told that she had converted to Islam and was staying in the house of a Muslim, and the police refused to return her to the family, despite the fact that Egyptian law does not allow a daughter under the age of 21 to marry or convert without the permission of her father.

• November 7, 2003 a Muslim mob several thousand strong attacked a number of Christians in the town of Gerza, south of Cairo. Homes, crops and businesses were destroyed and several people were injured, with at least five hospitalized. Islamic militants were protesting proposals to converting a Christian library into a church.

• November 18, 2003, an Egyptian army unit attacked the Patmos Center for handicapped children. Using a bulldozer and firing tear gas, they destroyed portions of the outer wall.

• January 4, 2004, 18-year-old Ingy Helmy Georgy Labibe was abducted while shopping in Mahala el Kobra. The police refused to file a report, and later said that she would officially convert to Islam.

• January 5, 2004, the army attacked the Patmos Center again and one Copt was killed and two wounded. In addition, a Coptic nun was beaten and injured by soldiers.

• January 26, 2004, four Coptic students were arrested in the southern Sinai region and were still being held as of the end of March 2004. They had with them a small number of Christian books, Bibles, and Christian music tapes, and were charged with threatening national unity and threatening social peace.

• March 23, 2004, Coptic Pope’s public condemnation of the kidnapping and forced conversion of Christian girls, particularly highlighting their abduction from supermarkets, suggests that this is an escalating phenomenon. It is very unusual for the Pope to speak out publicly on this type of issue (he has previously been under house arrest for three years for remarks critical of the government).

• May 2004, after repairs were made to a fence at the ancient church in a village in the district of Samallot, the police chief, after midnight, ordered the priest and four deacons to come to the police station with him. He put them in a truck usually used for transporting animals and drove it himself. The truck overturned and the priest and two deacons were killed, and the other two deacons were injured. Church figures in the area believe that this was done deliberately.

• September 16, 2004, police in Al Shobek village arrested some laborers who were repairing a sewage system and accused them of building a church. They sealed the house where the repairs were taking place, which was owned by Bishop Damadious, the Bishop of Giza, the local area. On September 18, a mob burned down this building and two others while the police stood by.

• November 3, 2004, in the village of Mankateen, in Samalout Province, a mob destroyed a Coptic prayer room and burned and looted Coptic homes and businesses.

• Mohamed Abdel-Mohsen, the head of the National Democratic Party (the government party) in Assiut has been accused by the local Bishop and clergy of using bribes and threats to pressure Copts, especially young Coptic women, to convert to Islam. The Bishop played in church a tape recording of Mohsen doing so.

• December 5 and 6, 2004, 3000 Copts demonstrated outside the Coptic Cathedral in Cairo to protest these recent incidents, the failure of the Government to protect Copts, and, especially, what they maintained was the abduction of Wafaa Constantine, the wife of a Coptic priest, in order to get her to convert to Islam. It is very unusual for Copts to mount such a protest.

• Following these events, on December 8, 2004, Pope Shenouda III, the head of the Coptic Orthodox Church, went into seclusion for several weeks at the Anba Bishoy Monastery until, according to his secretary, there was a solution that “satisfies his conscience to the problems related to the Copts.” While such an act may seem of little import to Americans, it has great resonance in Egypt, and harks back to the period in the early 1980’s when the Pope, after raising similar concerns, was confined to a monastery by the government. His seclusion was reported even by the BBC World Service news bulletin, which typically carries only three stories a day from the Middle East.

• In January 2005, the army again attacked the Patmos Center, resulting in one person being killed and several injured.

• There is also an increase in credible reports of the abduction of Coptic girls, including in February 2005, nineteen year old Neveen Morcos, and the subsequent arrest of family members and their friends after they protested. In May 2005 20 year old Marianna Rezk Shafik Attallah went missing on her way to work. The police obstructed the family’s efforts to find her and said she had converted to Islam.

• In early 2005, Gaseer Mohamed Mahmoud, who converted to Christianity from Islam in 2003, was tortured by police, including pulling out his toenails, and, on January 10, 2005, with the assistance of state security police, was forcibly confined to Cairo’s El-Khanka mental hospital after his adoptive parents discovered his conversion. He was kept in solitary confinement, kept in a water filled room, refused visits from Christians, beaten, whipped, and told that he would be kept until he renounced his new faith. After international publicity he was released June 9, but stayed in hiding.

• April 6, 2005, Baha al-Aqqad, a recent convert to Christianity from Islam, was arrested on the grounds that he had ‘defamed Islam’ and held in Doqqi prison. After 45 days he was transferred to Tora prison in Cairo, typically a prison for political prisoners.

• October 13, 2005, a news report in the newspaper Al-Midan claimed that a newly discovered CD of a play performed in St. George’s Church in Alexandria two years ago showed that the play “insulted Islam.” Subsequently, a mob of at least 5,000 people surrounded the church. There have been riots, with four people dead and ninety injured. Seven other churches in Alexandria have been attacked, and one church in Cairo has been surrounded by a mob. Seven Coptic businesses in Alexandria have been attacked, and cars have been destroyed. Extremist websites have published death threats against Coptic Pope Shenouda and against priests in Alexandria. Coptic houses in Alexandria were marked by unknown people with a cross as a sign that they are owned by Christians and it is generally believed that this was to identify them for possible subsequent attack. Because of fear of attack, many Christians in Alexandria refused to leave their homes.

• January 17, 2006, in the village of Edyssat near Luxor, after a rumor that Copts were about to repair their local church, a mob attacked local Christian homes and attacked and set fire to the church building. At least nine Copts were hospitalized and one died of his injuries.

• February 20, 2006,in the village of Azba Wasef, in Giza Province, south of Cairo, following allegations that a banquet hall that Christians were building was in fact a church, a mob attempted to set fire to the hall and the church, and did set fire to at least four Christian homes. Eleven people were injured and several dozen arrested.

And of course, the recent events.

Because I am sure these events are exaggerated by Copts and are not indicative of the peace and harmony that Copts and Muslims live in, right? RIGGGHHHTTT!

I am glad someone compiled that list. I think that should pretty effectively shut all those up who keep claiming after every attack that they are "isolated" incidents.

A shameful account...but sadly to the Copts who live in Egypt: just a day in a life of a Copt.

More and more Egyptian Muslims are converting to Christianinty every year, even though they face death and punishment for leaving Islam. These people will be rewarded accordingly Im sure. This is why the persecution of Copts is getting all the more violent and frequent. Why do Muslims continously need to protect their religion and belief? Why can't their 'Allah' protect it just as the Holy Spirit protects us and our religion. Regardless, all we can do for these people is love them and pray for them so that they one day might learn from our ways or even better, might one day be saved.

Posts That Should Always be Read 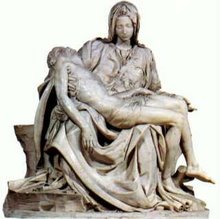 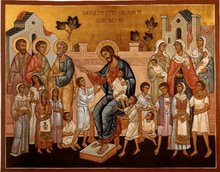 Catholic Links And Other News Sites

Coptics and Catholics: Let us learn more about each other, that all may be one

Great Coptic Saints: Let us learn more about each other, that all may be one 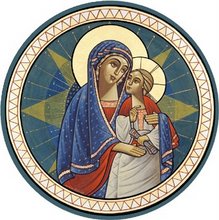 Favorite Posts on Theology and Devotions 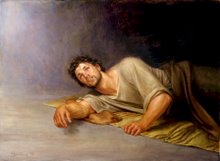 DavidNic
I am A devout Catholic and an Italian American. I am a stay at home dad and part time library worker 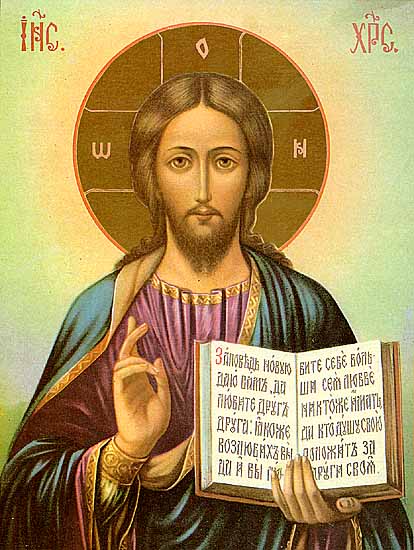